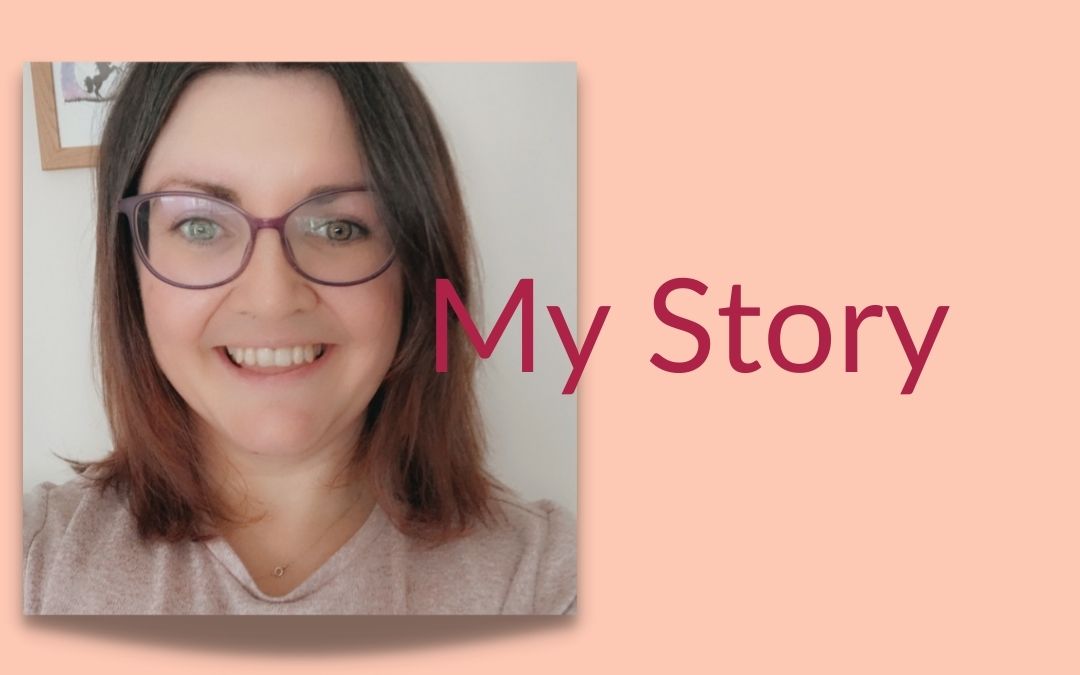 It’s important to me to share my story because I want you to know that you’re not alone. My background, growing up, had a huge impact on who I became and my journey to get here today. I now spend my days helping women like you and like me, step away from the stories that forged us. It’s not about forgetting about your past or wiping it away from your memory. It’s about being able to accept that it happened, but not let it define the woman we become. Remember, you are a warrior for going through everything you have and your being here is proof that you’re ready to start telling a whole new story with a different ending.

How My Story Began

When I was four my mum remarried and my new step-dad and her decided that they didn’t want me anymore and threw me out. My grandparents took me in and over time got legal guardianship of me. Living with them was hard. They were strict, unforgiving, and cruel. My grandmother in particular had a fixed view of the way I should behave and was quick to tell me when I didn’t meet her standards.

She decided the clothes I wear, the opinions I should have, what I was and wasn’t allowed to do my own body, like shaving my legs and the friends I should have. When I didn’t meet her expectations there was verbal and physical abuse. Although it was mostly from her, my grandfather always backed her up and took her side. He was abusive in other ways, but I won’t go into that here.

From an early age, I learned to stay silent and hidden as much as possible. I felt isolated, alone, and afraid to tell anyone about what was happening in case they didn’t believe me. Everyone saw them as ‘amazing people’ for taking me in when my own mum hadn’t wanted me, but behind closed doors, it was a very different situation.

When I was sixteen I did what every repressed, afraid, isolated teen does. I rebelled. And wow, did I go big. Drugs, drinking, stealing. I did whatever I could to try to numb the pain and fill the void I’d been feeling for pretty much my whole life. I fought to create an identity for myself, as her control meant I had no idea who I was, but the more I rebelled the worse her abuse got.

I left home at sixteen and started to build a life for myself. If I’m honest, those years are a blur of addiction and excess.

At twenty-three my Grandad was diagnosed with lung cancer. After he passed I saw my mum for the first time in nearly two decades and she and my grandma pushed me out of the house, telling me they wished it was me that they buried and not him.

That feeling of abandonment again took over and I spiralled even further out of control. Looking back, I wonder how I survived it all. For six months all I thought about was blotting out the pain with alcohol and drugs. It didn’t work. It never does. I just didn’t know how else I was meant to live, feeling like I did.

Thankfully, this is when my life shifted. I met a man. I met my man. In a dodgy pub called Flares, I fell in love at first sight. He understood me, he made me feel less alone, he helped me learn how to fill the emptiness I’d carried with me my whole life. He went away to sea for six months for work and the distance helped us grow closer. When he got back we both knew this was it for us and we got engaged and moved in together.

But, that wasn’t the end of my problems. Worry took over. Was I good enough for him? Would he leave like everyone else? I did everything I could to push him away to prove all the doubts I was having were right, but he didn’t go anywhere. He stayed.

I gave up drinking and drugs and got the help I needed, but the damage to my body was already done and I developed chronic illnesses linked to those coping mechanisms I’d relied on for so long. But through it all, he stayed. My relationship with my husband gave me an inner strength and I realised that no matter how unloved, undeserving, or alone I had felt, I had found someone who wanted to be there for me. Something I had craved my whole life.

We went on to have three sons. Our eldest decided he didn’t want to live with us anymore. He acted out to show us his unhappiness. He was aggressive, violent, and abusive with us and his siblings. His rage escalated until one day he assaulted a woman who was trying to help him and then a police officer. As a family, we decided we could no longer safely have him at home and he was placed into foster care. This dragged up all my feelings of inadequacy from the past and I worried I was just like my mum, abandoning him when he needed me the most.

Over time our relationship with our oldest mellowed, and I found a coach who has helped me get my life back on track. I’ve spent time exploring my past and how it makes me feel, I’ve healed and I’ve discovered who I am in spite of my story.

Now I spend my days helping other women do the same. You don’t have to be a product of your past, you can choose to tell a different story and live the life you deserve. Yes, it takes time and it’s a process, but I’m here to help you, every step of the way.

Fancy seeing you here! A big hello and a warm welcome if this is your first time here!  I’m Sophie Paige, the lady (some say that’s debatable! 🤣) behind Raar HQ.  Having lived most of my life being told I was worthless, useless, and would never be anything, I am on a mission, not to prove them wrong, but to show as many women as I can that they can break free from that and become this unstoppable force with a fierce fire, who allocates her fucks to the shit that matters.

There are stacks more to be found about how I can help and support you on the site, so have a wee nosy!  You can get to know more ‘about me’ on the about page too!    Don’t forget you can also find me on Social Media sharing the latest news from Raar HQ, hints, tips, help, and support that makes changing your story feel possible and that it’s not a hard slog or about making you all happy-clappy 🙄 It’s little steps leading you to a life filled with possibilities, hope, ups downs & everything in between!

This website uses cookies to improve your experience while you navigate through the website. Out of these, the cookies that are categorized as necessary are stored on your browser as they are essential for the working of basic functionalities of the website. We also use third-party cookies that help us analyze and understand how you use this website. These cookies will be stored in your browser only with your consent. You also have the option to opt-out of these cookies. But opting out of some of these cookies may affect your browsing experience.
Necessary Always Enabled
Necessary cookies are absolutely essential for the website to function properly. This category only includes cookies that ensures basic functionalities and security features of the website. These cookies do not store any personal information.
Non-necessary
Any cookies that may not be particularly necessary for the website to function and is used specifically to collect user personal data via analytics, ads, other embedded contents are termed as non-necessary cookies. It is mandatory to procure user consent prior to running these cookies on your website.
SAVE & ACCEPT